Battle of the Bulge

Yet the war is far from over!

And a victory it was! Yet it was FAR from over. Adolf Hitler refused to accept defeat on the Western Front and made plans for a last- ditch attack in the Ardennes region of Germany. Hitler kept his plan secret from all but his few top advisors to truly bring a surprise attack on the Allies.

Hitler’s final mission, “Autumn Mist,” attempts to pull off one of the largest offensives of the entire war against the overextended U.S. and British forces.

In the winter of 1944, 250,000 German troops were sent across an 85-mile stretch of the Allied front in the Ardennes, from southern Belgium into Luxembourg.

The Ardennes Forest was the least protected region on the Western Front because the Allies believed that the rugged terrain would be difficult to attack and hard for the German tanks to get through. The problem was that the Germans also realized this...

On December 16, fourteen German army divisions punched through the Ardennes and struck the Allied line, American soldiers were utterly surprised at the assault. The German forces pushed 60 miles in two days deep into the Allied line, forming a distinctive 'bulge' on map representations, where the battle earned its name.

The battle continues on the Western Front, the Allies must maintain their ground as the German army attempts to gain control up through Bastogne with the ultimate goal of reaching the harbor at Antwerp. The terrible winter weather may clear, offering the Allies much needed supplies by air, but they must defeat the German advance.

Will the needed back-up Allied troops reach Bastogne before the Germans? We’ll see if history rewrites itself.


No special attire is required.

RSVP for Battle of the Bulge to add comments! 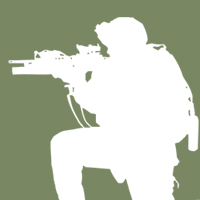