The 100: Revenge of the Reapers 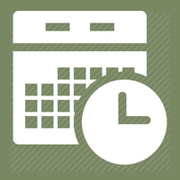 Indigenous Clans, Sky People, Sinister Mountain Men, and Reapers battle it out to survive the radioactive Earth 97 years into the future.

During our first pre-Covid game of The 100, the clans came together as Kongeda, and although Skaikru banned together with them, they have since operated separately at Camp Jaha and all are referred to as Grounders.

The deadly clouds of chemical warfare that have oppressed you are still active and must be disabled, or you could choose to become the oppressor as one of the Mountain Men living in a government facility called Mount Weather that survived Earth's Armageddon.

Generations after the Earth's demise, these Mountain Men never acclimated to the radioactivity which became Earth's atmosphere.  They are not able to exist outside of their compound without using the Reapers and Grounders' blood to run through their own veins which gives them limited survival time to progress against the Grounders.

RSVP for The 100: Revenge of the Reapers to add comments!